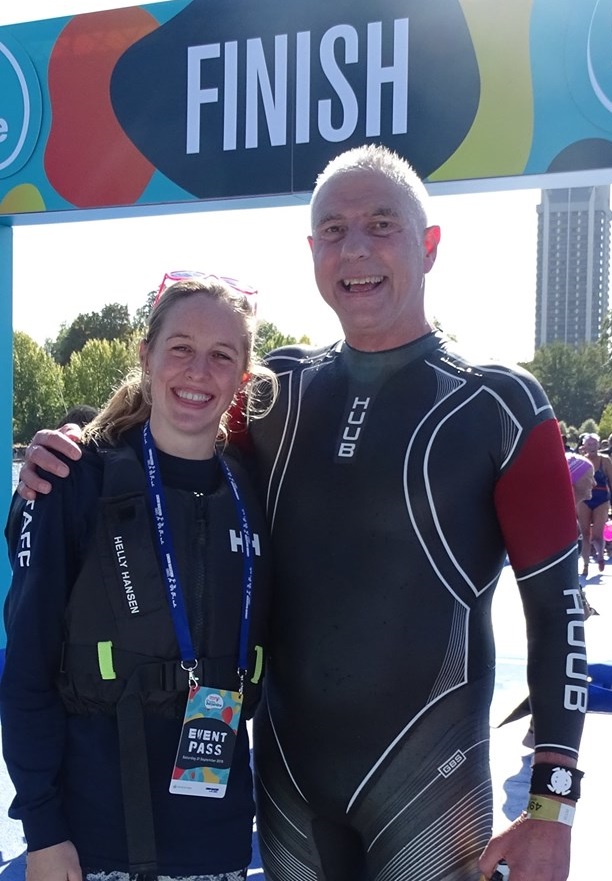 Master Swimmer Rob Steel with Olympic and Commonwealth  swimmer Hannah Miley after winning the Super 6 in the Serpentine swim in 2019.

While Nottingham Leander does not have an official Open Water group, many of our swimmers (typically Masters) regularly undertake open water training, and compete in Regional and National competitions.

While not a official Nottingham Leander session, many of our swimmers can be found at the Nottingham City Open Water Swimming Centre at Colwick during the summer months. Speak to Wayne at Masters Training for more details.