Leander Masters started in 1991, initially with two lanes at Beechdale swimming alongside the main club. Following this success, it was rapidly followed by a dedicated Masters session on a Tuesday night at Victoria baths (in the little pool – 4 lanes, 20m and shallow!)

As can be seen from the structure there was a balance between competing, social activities and recruitment.   The competition target for 1993 included the European Masters in Germany. 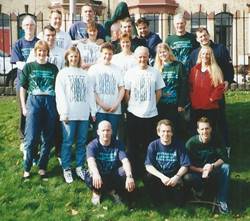 The Bangor and Scarborough masters became , albeit mainly for the Saturday sessions, Sunday morning seems to be a swim too far for many following the Saturday social activities. 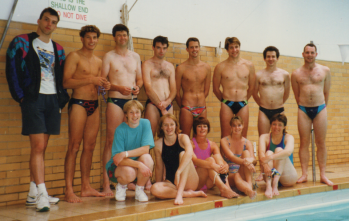 As well as weekly training, the group also went to Swansea for several training weekends. The smell of the gym sessions following the curry the night before is a lingering memory. 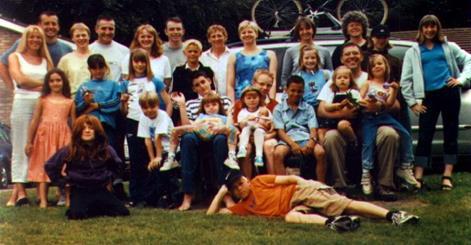 These weekends expanded to full week holidays by the later 1990’s. 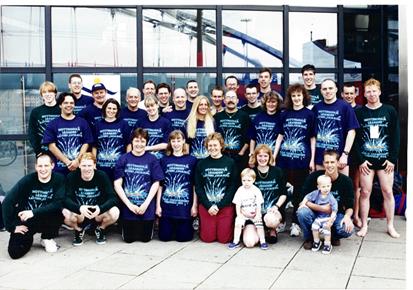 By 1996 the section had grown and a team of over 30 swimmers was taken to the World Masters in Sheffield.   At this event, the Leander Masters relay team broke two Worlds records (Blaise Ford, Kevin Harrison, Mike Brett & Pete Abell). The team nominated for the Nottingham Team of the Year award.

In 2005 – Leander broke another world record in a master’s medley relay with our Leander’s current chief coach Maggie Kelly, and another Olympian, June Croft.

Many masters also regularly competed in the Colwick open water event.  In 2008, Wayne Stott won his age group in the national 3K championship. 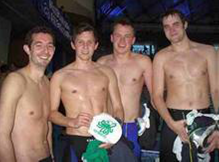 In 2008, a team of Alex Thurston, Jack Bates, Tom Willdridge, Matt Tutty break a British masters Medley Relay record beating City of Derby who had drafted in 2 current Olympians fresh from Beijing in their LZR suits! 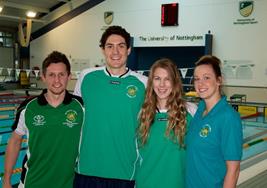 In 2014, Nottingham Leander’s team of Iain MacMillan, Selena Burgess, Alex Thurston and Becky Milnes broke the world record twice for the 120+ 4x200m freestyle relay.  This first record breaking swim was discounted due to a timing failure, so they repeated the swim a few weeks later.

In 2017 a small team headed for the World Championships in Budapest.